The next version of CLASS extensions is going to be available by the end of summer with some really interesting goodies added. But, with HTML client (even before it’s official release) being in the center of interest, I feel like Silverlight extensions, are going to be soon, if not already, out of demand.
So, until I find the time to catch up with HTML client, I though on focusing more to stuff that are client implementation independent. That’s why, apart from the next version of CLASS Extensions for Silverlight clients, I plan on releasing a Server/Common side extension pack called CLASS Services.
If you are one of the blessed people

that purchased CLASS Extensions, you already know of File Server service included, that provides file based content access to your server.
Two more of the services that are going to be included in this new CLASS Services pack can be found in this sample I posted in MSDN. Ok, I am not crazy, I know that if I share the code no-one will buy the extensions, but these two simple (as regards to the coding effort) services, are just a part of what CLASS Services is going to include. Either way, I believe my Lightswitch community contribution, even if not as extensive and steady as other people’s, makes clear that the idea is sharing and not making money out of it.
Regarding the sample, I must underline that the application itself is just an example. And I want to stress this point, because some would say that, what the sample application displays is not DI. The idea of the sample was not to display DI in action but just to display how you bind the RIA services together, to do whatever you like. MEF is used as a DI framework by the RIA Service to provide the required functionality.
Also, I have to admit that if properly implemented, by the book, restrictions and conventions in imports and exports of MEF (or any other DI framework for that matter) would make any additional configuration (like the one my sample suggests) pointless.
Nevertheless, IMHO, you really have to be a DI purist, not to recognize the potential provided by these two services. An example: In Computer Life, we plan (George stop calling me names

) to implement a generic (extension) way to support EAV model in our Lightswitch applications. It’s so obvious how useful the Domain Types RIA service will be for this implementation that I won’t even bother writing anything to prove it.
Anyway, I hope you find these two RIA services useful. I realize you have to go far beyond the “Coding is optional” motto to make good use of this kind of services, but I believe the Lightswitch development community, has already given the answer to that (not at all well-intentioned) “It’s the next MS-Access” hype…
Posted by Kostas Christodoulou at 11:03 AM No comments: 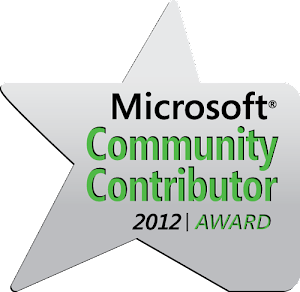